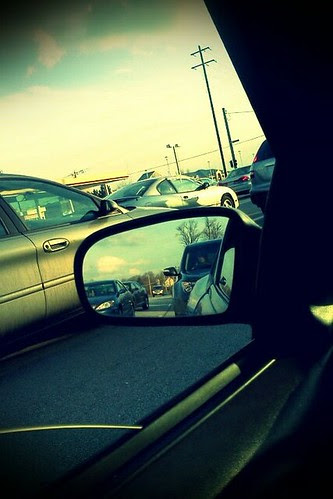 Where Are They Now?

If you're curious where players from last year's team have gone and what they're up to these days, skip on over to: http://spreadsheets.google.com/pub?key=pEQwOUnFioDJ90daeXzVKNQ
Posted by Dannielle at 00:59

The roster's completely changed since my last post, but notables:

Billy Irish-Baker has retired. Really sad to se Billy go, but it's for the best for him. Good luck to him in his future.

Conrad Martin has returned to the team. Glad to see another guy back from last year's crew.
Posted by Dannielle at 20:18

Tickets, anyone got tickets?

Also quick note - if you don't have your ticket for the home opener, you might want to show up a bit early. According to the ticket rep I spoke to today, the lower bowl is filling up very quickly. Looks to be a good crowd on Saturday!
Posted by Dannielle at 17:43

Van Guilder is Cyclones property - nothing has shown up on the ECHL side, but look for him to show up in town by the weekend I'd imagine.

Additionally, the team signed Michael Cohen yesterday. Cohen was released from Reading's camp. Between Johnstown and Pensacola last year, he had 35 points in 65 games. Not spectacular, but worth a look, I'd say. He did have 100 points in 134 career games at Canisius College where he was a teammate of Billy Irish-Baker.
Posted by Dannielle at 17:38

Once again I've been a little absent but I just got my first taste of the 2008-09 Cyclones on Saturday in Dayton. The small sampling I saw was sloppy and not the kind of hockey we're used to seeing Chuck Weber's team play, but it was one game - I'm not panicking yet. Contrary to those comments made by Bombers fans - we are not 0-2, we're 0-1-1 and do, in fact, have one point. Winless, but not defeated.

I have no comment on Wheeling because, well, I was completely out of the loop and haven't even seen a scoresheet, all I know's we lost and Beauregard had a hat trick.

Speaking of Beauregard... How long until Hamilton swaps him for Aubin? Who knows - but they're 4-0. Although it'd be an incredible waste of talent to watch him waste away as a health scratch in the Ameircan Hockey League. Other bits from Hamilton... after four games, David Desharnais (the little munchkin who could) is 16th in the AHL in assists. He's 1-4-5. Ryan Russell has surpassed his 2007-08 point total already in four games. Cedrick Desjardins has yet to see time between the pipes.

In Milwaukee... Van Guilder and McElroy have yet to put up points - could we see one of them soon? Hopefully if Arnott gets healthy, Nashville will trickle some talent down to Milwaukee.
Posted by Dannielle at 17:53

Montreal has three goaltenders in the big club's camp (Carey Price, Jaroslav Halak, and Marc Denis). Denis will likely go to Hamilton, where he'll join Cedrick Desjardins and Loic Lacasse. In all probability, this will move Loic Lacasse to us. Cedrick's had a fantastic camp and is in high favor with Montreal. Lacasse, 22, went 19-18-5/3.24/.906 with Bloomington of the IHL last season.

Milwaukee currently holds three goaltenders. With Drew McIntyre being reassigned from Nashville to Milwaukee, the second roster spot is between Mark Dekanich and Kyle Gajewski to be fought for. Neither one did badly last year. Unfortunately, I have yet to hear a report on either, but look to see one of them get trickled down to us.

Other Notes...
- JM Daoust is in Wilkes-Barre camp with Mitch Woods, and is one of seven guys fighting for a spot. I'm not 100% sure Wilkes-Barre would return him to us if he's cut, but it's something to keep in mind.
- So long, Desharnais: After three great performances in camp with Montreal, he was sent to Hamilton, where he recorded two assists in his first preseason game. It was nice knowing you, kid, we enjoyed you while we had you. Don't expect to see him back.
Posted by Dannielle at 19:20

Where the roster stands

In my unfortunate absence (sorry guys, Columbus' preseason home opener and e-stalking Montreal's camp has devoured much of my soul for the last few weeks), I've missed some signings, so I'm going to go ahead and give a rundown of where we stand:

With Montreal's rookie camp coming to a close, here are some tidbits to enjoy:

Head coach Guy Carbonneau also announced Thursday that forward David
Desharnais and goaltender Marc Denis will suit up for the pre-season contest against the Sabres on Tuesday in Roberval, Quebec.

This game is supposed to be on CBCsports.ca on Tuesday. Look for it! Congrats to David.

Olivier Latendresse & the Canadiens' writers showed the fans of Cincinnati a little love as well:

Six members of the 2008 East Coast Hockey League champion Cincinnati Cyclones – Thomas Beauregard, David Desharnais, Olivier Latendresse, Conrad Martin, Ryan Russell and Cedrick Desjardins – are taking part in the Canadiens’ rookie camp this week. Not only have they brought the Ohio franchise its first championship but the crew has also managed another impressive feat: making hockey popular in a state where football is all the rage.“We had crowds of over 13,000 during the Finals,” said Olivier Latendresse, who racked up 35 points in 24 games with the Cyclones. “We had a bunch of Quebec natives on the team and together with our teammates, we all built something really special. There were actually a few Quebec flags in the crowd, and it wasn’t even our families!”

Not to gloat or anything... but I'm pretty sure the Quebec flag trend started right in Row B of Section 138. :)

Not much, news-wise, has come out of Nashville up to this point. Yawn.
Posted by Dannielle at 17:59